Jade Ramone leads an ordinary life, or so it seems. She goes to school, tolerates herbickering parents, and tries to fit in, but she always wonders if there’s more out there. When Jade realizes she’s unhappy with her life, she begins to look within herself and the depths of her subconscious to find the courage she lacks, the creativity she can’t find, and the acceptance she longs for. Who she finds within herself prompts a transformation that even she could never predict. Meet Me in Dreamland is an original production about identity and the coming of age with an unconventional twist. With live music, dynamic choreography, and an original script written by international traveling teenagers, Meet Me in Dreamland is a celebration of the arts and the power of community.
Biljettpris: 100 sek

The Center for Refugee Solidarity (CRS) is a Swedish NGO committed to the promotion of refugee rights in the MENA region. Specifically geared towards the advancement of refugee rights in this region, CRS aims to generate improvements in the legal, social and political situations of refugees, which are currently unacceptable from a humanitarian perspective. CRS works to improve the status of refugees in the MENA region through the monitoring and documentation of the situation of refugees, and advocacy, encouraging national and international stakeholders to actively engage in issues affecting refugee rights.

With the support of the Euro-Mediterranean Foundation of Support to Human Rights Defenders (EMHRF) in early 2014, the official board of the Center was established in Sweden. The Center for Refugee Solidarity has an advisory board of nine members, including famous Egyptian writer and activist Dr. Ahdaf Soueif ; Al Nadeem Center for Rehabilitation of Victims of Violence’ Dr. Aida Seif Al Dawla; Palestinian American Activist Huweida Araf; Egyptian-American democracy and human rights activist, Sherif Mansour; Lillie Paquette, Director and Documentary Film Producer; Amy Austin Holmes, assistant professor of sociology at the American University in Cairo; Mark LeVine, Professor of Middle Eastern History at University of California, Irvine, and a distinguished visiting Professor at Lund University in Sweden. One of the main goals of the Center’s work is enabling on the ground documentations that will subsequently feed into evidence-based advocacy and campaigning on the existing protection gaps, making refugee voices heard, hence strengthening awareness and activism for international human rights. Therefore the Center works in close cooperation with researchers and journalists on the ground in the MENA region.

The Center for Refugee Solidarity’s Monitoring, Documentation and Advocacy project has already shown its ability to impact the situation of refugees as since February 2015, the Center for Refugee Solidarity has taken a lead in documenting the situation of over 70 refugees (mainly Syrian and Palestinian refugees from Syria) who have been detained in Karmooz police station in Alexandria, as well as advocating on their behalves. Working in close co-operation with the refugee detainees at Karmooz and local activists in Egypt, we were able to gather information on the situation in Karmooz, which was so poor that 50 refugee detainees went on hunger strike. The Center’s publications (which included one press release, one blog post and one joint-statement co-signed by 15 Egyptian and international human rights organisations) were picked up by publications such as France 24, Middle East Monitor, Middle East Eye, The Electronic intifada and Daily News Egypt. The increased exposure of the Karmooz refugees case raised awareness of the situation on both the national and international level. Additionally, the Center for Refugee Solidarity used close connections and contacts in the British Embassy, Swedish, German and American embassies, as well as the Delegation of the EU to Egypt office to further raise awareness of the case through direct advocacy. 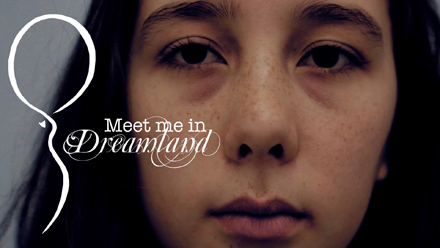 THINK Global School is an international boarding school that spends every trimester in a different country. This fall season, we are lo­cated in Stockholm. In an attempt to give back to our host community, we are organizing a theatrical performance. This performance will be a charitable fundraiser for refugees in Sweden, more specifically we will be working alongside The Center for Refugee Solidarity. This organization is dedicated to the committed to monitoring the situation of refugees in the Middle East and North Africa, and also advocates on their behalf. Without our host locations, there would be no THINK Global School. This is our chance to give back, and we’re taking on the challenge wholeheartedly.