The show explores modern and traditional aspects of Japanese culture through the grace and femininity of ballet, contrasting with the powerful and masculine sound of metal, presented entirely to the breathtaking music of Japanese metal band, GYZE.

Ida Laitila Raftewold – is also an actress and has recently been in the touring play “Upp Upp Vi Lyfta”.

Ellinor Roxengren was cast in Bal Anat 50th Anniversary European tour, the worlds longest running bellydance company and was awarded by the city of Stockholm for her work organizing dance.

Bridie Mayfield – dancer and actress, having appeared in tv  productions such as Line of Duty, Krypton, Game of Thrones, and most recently sbe worked on the upcoming Robert Eggers Viking revenge saga, The Northman, alongside Anya Taylor Joy and Alexander Skarsgård.

Vanessa Davidsson – is a dancer with a background in bollywood/semi classical, tribal and burlesque. She has performed in various scenes across Sweden, Tribal Split (Croatia), Vaudeville and was cast in Arise Amazons. 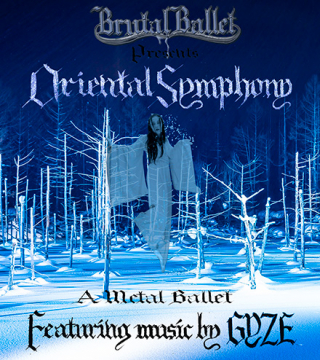